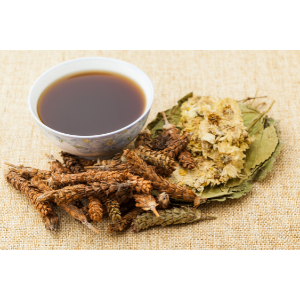 Historically, medications were given in the form of herbal remedies (potions).

As science developed, pharmacists were able to extract the active ingredients from natural sources to make more effective Herbal Remedies.

Chamomile (Flower) is considered by some to be a cure-all, and commonly used for anxiety and relaxation.

Echinacea (Leaf, stalk, root) is commonly used to treat or prevent colds, flu, and infections, and for wound healing.

Garlic (Cloves, root) the compounds isolated from garlic have been shown to have antimicrobial, cardioprotective, anticancer and anti-inflammatory properties.

Ginger (Root) a commonly known herb for easing nausea and motion sickness. It is also reported to have strong anti-inflammatory and antioxidative effects.

From ancient times, herbs have played a vital role in the healing traditions of many cultures. Many common herbs, such as garlic and juniper, have been used medicinally for around 4,000 years.

Herbs can be defined as any plant that can be used in cooking or medicinal use.

Many more people are concerned about the risk of side effects from powerful conventional drugs, and are turning to gentler, plant-based treatments.

One of the basic principles of traditional healing is a belief that the cause of disharmonies and “dis-ease” should be treated, rather than the effects.

We need to be sufficiently aware of our bodies to recognise symptoms as they develop and treat possible causes, such as emotional, spiritual, or physical, to restore balance.

The use of simple herbal remedies can encourage us to take responsibility for our own health, instead of trying to obliterate symptoms with drugs when they become severe.

No comments to show.